I have four children who were all involved in sports performance training at one point in their lives, so I believe I’m qualified to give you a parent perspective on the subject. We run the gamut from recreational athletes, competitive athletes, to one D1 collegiate athlete, so I’ve seen and heard it all when it comes to sports and training in the adolescent years.

I think it’s really critical that your child desires to participate in Sports Performance Training because if they don’t have the motivation and eagerness to succeed in their sport, they probably won’t appreciate you forcing them to another gym another night of the week. And I haven’t met one person who has time or money to waste. 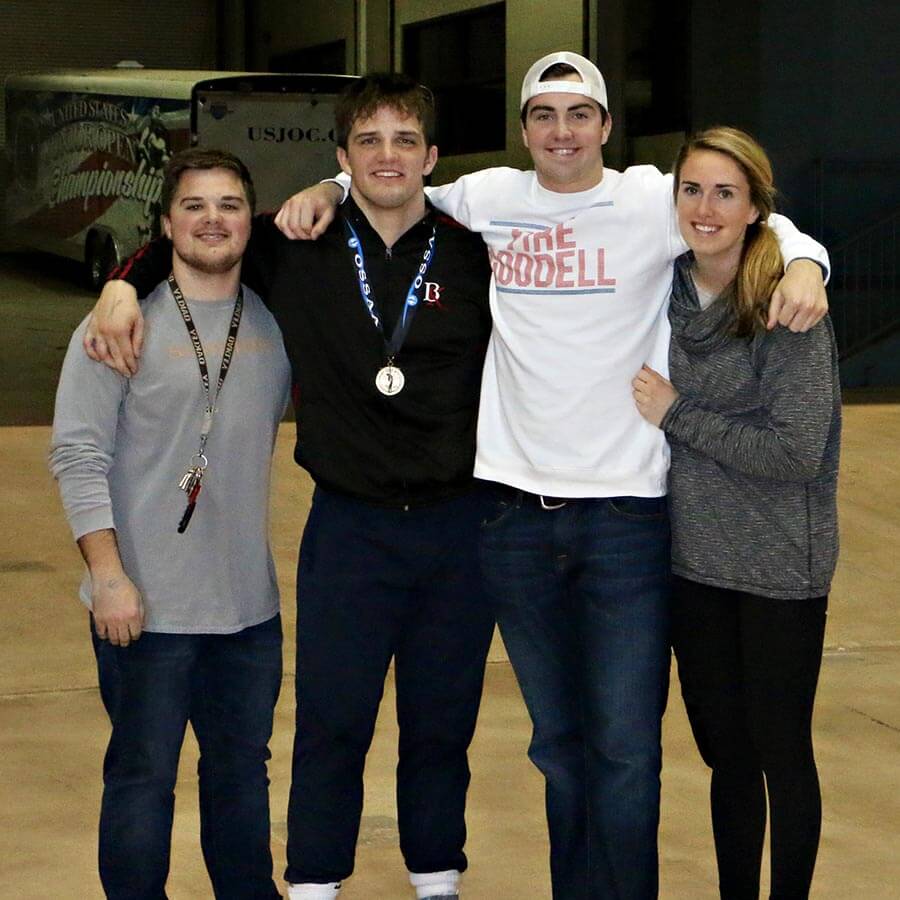 The number one question people ask me is “why did you feel it was necessary for your child to participate in “extra” practice for their sport?” And that answer is pretty simple. First, in order to compete at a high level, you have to do other things to set yourself apart. Second, coaches have to wear a lot of hats these days. They don’t have the time or the bandwidth to work individually with kids or worry about every nuance of your child’s performance or ability. Third, Sports Performance Training isn’t at all like practice, so we didn’t enter it with that mindset. It was specific, one-on-one training for the sport my children wanted to excel in. And make no mistake, my kids asked for the training. It was never something I pushed on them. They had the desire to improve in the sport they felt led to play and came to my husband and I to see what their options could be in regards to additional training beyond normal practice.

I think it’s really critical that your child desires to participate in Sports Performance Training because if they don’t have the motivation and eagerness to succeed in their sport, they probably won’t appreciate you forcing them to another gym another night of the week. And I haven’t met one person who has time or money to waste.

Our reasons for pursuing Sports Performance Training were as varied as the sports my children chose to play. For one, it was lack of vertical leap. For another, it was foot speed. Another wanted to be stronger with his ball-handling skills and overall strength. And for my youngest, it was being able to compete at a higher level.

A lot of parents see the passion their child has for a particular sport, but they also realize their child may not be gifted with speed, agility or overall strength. Or they see the God-given talent in one area, but a deficit in another. We were those parents. Performance training was a perfect fit for our kids because it harnessed the passion they had for their sport while improving specific skill level.

What Did Your Athlete/s Gain From The Sports Performance Training Experience?

One of the best positives we’ve experienced with Sports Performance Training is the tools they implore to help with certain needs. The coaches and staff are able to get your athlete ready for competition while maximizing their potential. That’s really what performance training is all about: taking your athlete, assessing where there is the most potential (and deficits) and maximizing every effort. The methodical and customized process of Sports Performance Training is what literally changes your child. One of our children went from being obese to being a D1 athlete and we know that wouldn’t have been possible without Sports Training. If he were standing next to me today, he would tell you that Sports Performance Training was a fundamental lifeline for him and his athletic goals in high school. He would also tell you that the methods kept him healthy and safe his entire sports career, which was huge for me as a mom.

My boys would tell you their physical strength and what they could squat and bench press maxed out at Sports Performance Training. They received all-state honors in basketball and participated in several state tournaments. My daughter would tell you that it increased her speed, gave her the quickest first step, improved her ability to explode and built her stamina. She won defensive player of the year as a senior in basketball. For our collegiate athlete, he broke every wrestling record, every record for number of tackles in a year, was co-MVP defensive player for football, qualified for state wrestling as a freshman, came in 3rd as a sophomore, runner-up as a junior and finally state champion as a senior. Sports Performance Training played a major role in all of these accomplishments. 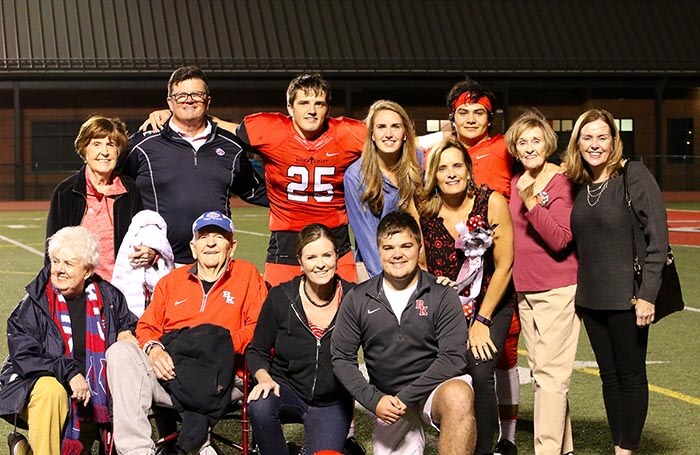 What surpassed your expectations about performance training?

More than any athletic improvement, what surprised me most about performance training was the staff and the impact they had (and continue to have) on my children. Coach Pace in particular, is a man who has given up on average. It’s not in his vocabulary. He always strives for excellence and in doing so, stirs up a competitive spirit that is unlike anything I’ve seen in kids that are participating in SPT. The reason the coaches and staff are so good at what they do in Sports Performance Training is because they don’t think they know everything about training. You read that right. They are constantly studying their craft and seeking improvement. They look for superior methods, valuable tools and more innovative ways to train. They are perpetual students…always hungry to achieve ways to better accomplish athlete’s goals. They are all about technique and doing things right-not the latest craze. The coaches know how to push in the right way without risk of injury. They teach controlled pace and correct form. Because the staff works so diligently in their craft, their work ethic naturally trickles down to the athletes that have the privilege of training with them. The relationships they build with these kids is incredible and life-lasting. Work ethic, mental toughness and persistence – this is the stuff that sticks with kids. To have an adult care about them in and outside of a sport is impactful. My kids learned so many life lessons thru their coaches and are applying them even today as adults.

What did sports performance training do for them as people?

My husband and I laugh that one of our children got 90% of the confidence gene and our other kids got the rest. However, by putting in the extra time at sports performance training, they all garnered astounding confidence in themselves. We saw this in the fact they were good enough to compete at a high level. Even more amazing however, was that our kids were never deterred by a champion or a really good team. Performance training helped my kids be more knowledgeable of their sport and more prepared. They went out on the court or field as true leaders. This leadership ability was honed at sports performance training and was so instrumental in their athletic careers-it translated physically and mentally.

Did your kids face any injuries and if so, how did sports performance training help?

The summer between my son’s junior and senior year, he tore his MCL and Coach Pace got him rehabilitated quicker than we expected. He made him so disciplined in his rehab and nurtured him mentally and physically. He would also assess where he was that week and would let him know what he could and could not do. He coached him thru the injury, still pushing himself to workout with the things he could do, but very careful not to return too soon. He curtailed his enthusiasm for how much he could do and tempered his eagerness to get back out there. He wasn’t going to let my son over extend. It was about getting him out on the field at 100%, not just getting him out on the field.

What would you say to a parent that is on the fence about performance training?

I would highly encourage them to go and meet with Coach Pace and tell him what your kids are currently participating in and what your expectations are. He is excellent at setting goals and getting those goals accomplished. You will tell him what you want to accomplish and he will give you a better goal. He will tell you what your athlete and him will work on together and what’s possible. Parents all probably think their kids are capable of doing more than they can. Sports Performance Training brings in reasonable expectations for you and your athlete. Coach Pace is not going to tell some kid he’s going to be in the NBA someday if he doesn’t have any athletic ability. He’s not going to have you sign up for a bunch of stuff without specific goals. He’ll tell you what you’re working towards. Performance training will shift goals based on reality, not emotion. The coaches will be able to turn your athletes towards the sports they can excel in. Our son wasn’t fast enough or tall enough to play D1 football, so Sports Performance Training helped shift his focus to wrestling where he knew he could excel and eventually, with massive hard work, obtain a D1 scholarship. That won’t always be the end game for every athlete, but that’s the beauty of performance training. It’s tailored training for your athlete’s needs and focused goals based on realistic expectations. We always said we’re making this investment to see what’s possible. If your kids are being out performed, what wouldn’t you do to help your child achieve the dreams they have? But just as I said in the beginning, your kid has to have that dream and be willing to work for it. If your athlete has a desire, he will make a connection at Sports Performance Training. Desire can carry ability, but it’s very difficult to cultivate desire, even with ability. The confidence my children built in themselves when they had success as an athlete was incomparable. And that’s why I’m a huge proponent of Sports Performance Training. 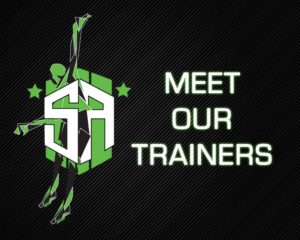 Coach Pace has been working as an active strength and conditioning specialist since 1998 and has been certified with National Strength and Conditioning Association (NSCA) since 2002. He also serves as a member of the NSCA Oklahoma Advisory Board and holds certifications as a sports nutritionist through the International Sports Science Association, certified C360 master trainer, and a certified USA Weightlifting Level 1Sports Performance Coach.